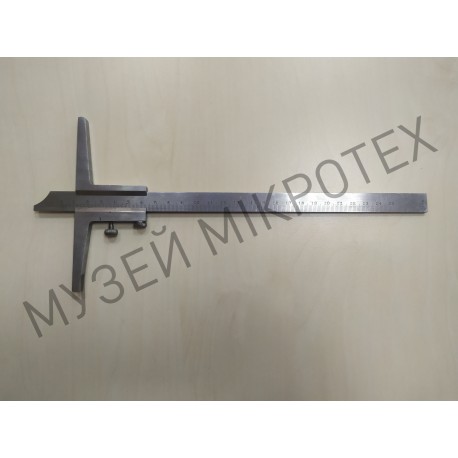 The German company Stifelmayer, founded in 1874, is a well-known manufacturer of meters.

A feature of the SHG-250 rod depth gauge is the following:

- Two screws are installed on the fixed frame of the rod depth gauge, one of which fixes a flat spring, the other presses on the spring and locks the movable frame during measurements, which corresponds to modern high-quality structures of the rod tool.