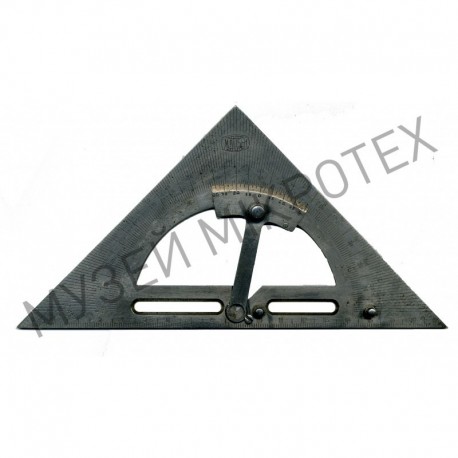 Rare meter "MAUSER"
CRANKSHAFT MAUSER SHTs-160 mm / 6 inches, approximately 1928, Germany
The famous German arms company MAUSER began production of a high-quality meter after the defeat in the First World War, when Germany was banned from producing weapons and obliged to carry out the conversion of armed enterprises.
The German meter was very popular in the USSR, as it was equipped with German equipment, which was purchased during the Soviet industrialization in the 30s of the previous century. The MAUSER meter was purchased in large quantities by Soviet defense companies because it was of high quality and reliable.
In Soviet times, especially before World War II, MAUSER calipers were synonymous with exemplary calipers, similar to COLUMBUS calipers.
Rare caliper from the "Museum of Industrial Tools" MICROTECH has a number of technical features, which can identify the date of its production:
- The trigger-brake of movement of a mobile frame which was patented in 1925 in the USA under Pat.US1641266 is applied, therefore the specified design of "trigger" calipers was very popular on the eve of the Second World War;
The measuring range is non-standard 0… 160 mm / 6 inches, similar to which in the USSR the Leningrad tool factory LIZ "Izmeron" copied and began production of Soviet calipers in the range 0… 160 mm in the period after the Second World War until 1990 (possibly even from Germany trophy German equipment "MAUSER");
Unlike the Columbus calipers from the MICROTECH Museum of Industrial Tools collection, the rare MAUSER caliper is made much stronger and more modern (40 mm in outer jaw length and 3.0 mm in rod thickness);
On the back of the frame are engraved the main main indicators of the threads M1… M12;
Along the back of the measuring rod is a gravel uniform scale with an unknown sequence of numbers from 0 to 61653 of unknown purpose with the order to read sequentially, which is another interesting secret of the caliper "MAUSER".
Protractor "MAUSER" 0-180 angular degrees / Discreteness of 0,05 angular degrees
MAUSER protractors are not as well known as calipers of the same name, so the caliper-transporter of a German armed company is of great interest.
The features of the German protractor include:
The shape of the protractor is a right isosceles triangle, in which the measuring sector with a circular vernier scale rotates in an arc;
The price of the division is 3 angular minutes (0.05 degrees), which is very good for vernier protractors;
The base of the triangle has a linear bar scale with a length of 180 mm.
Today, the German company MAUSER no longer produces the meter, as it has returned to the production of weapons, which is always more profitable than the production of the meter